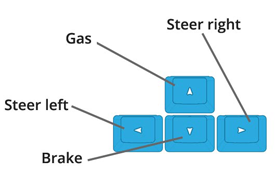 Drift Hunters 2 : About The Game

Even though that Drift Hunters is just a browser game it offers an outstanding driving experience and variety of drift cars which we all love. After the huge success of the first edition of the game there was a demand to create a new version with even more tracks and awesome cars, so ladies and gentlemen, let me introduce the Drift Hunters 2. This game will make you think like you are playing a nice video game even though that this is just a browser game. Keep in mind that the game was created using WebGL technology so it can also be played on smartphones. As for me, it is more convenient to play it on smartphones but many people prefer PC browser. So, there are a lot of updates in this game that you might love : the developers added 5 more tracks so you can now challenge yourself on new locations. There are some new cars added as well : 10 new cars which will keep you engaged for hours. In addition to the original drift cars there are some new super cars like Pagani Zonda and Buggati. The selection of cars is pretty big but most of them are locked at the beginning of the game so you must unlock them to use. The game has also a new graphics and according to this fact some old hardware can be laggy when run this game. The minimum system requirement is available above so just check your hardware before writing comments that the game is laggy. Another thing that you must know is the fact that the game is pretty big and takes some time until it fully loads in your browser so be patient.

How To Play Drift Hunters 2?

As you might guessed, drift is the main skill in this game so many prople fail to achieve success. In fact, making the car sliding through track without hitting anything is pretty difficult task so you will need a lot of practice. The key to success is to make the combo drifts without hitting anything and getting the highest score for each lap. Getting score is very important because using those points you can unlock new cars and upgrade the existing one. Keep in mind that the car can be fully upgrades, including the engine,gearbox,wheels and others. For those who have never played drifting games I would like to explain that the main parts of the car to perform a drift is a powerful engine and good wheels. The suspension is also important to try to buy a lower one to make the car more stable on the track. The controls of the game can be found above and they are pretty simple : you can easily control your car with keyboard buttons. Drift Hunters 2 is one of thos games that will always be popular as it offers the stylish new super cars as well as old-fashined retro drift cars to fit any taste. Now you can play the game for free at our website and make your dreams come true : drive a true dirft car at top speed.